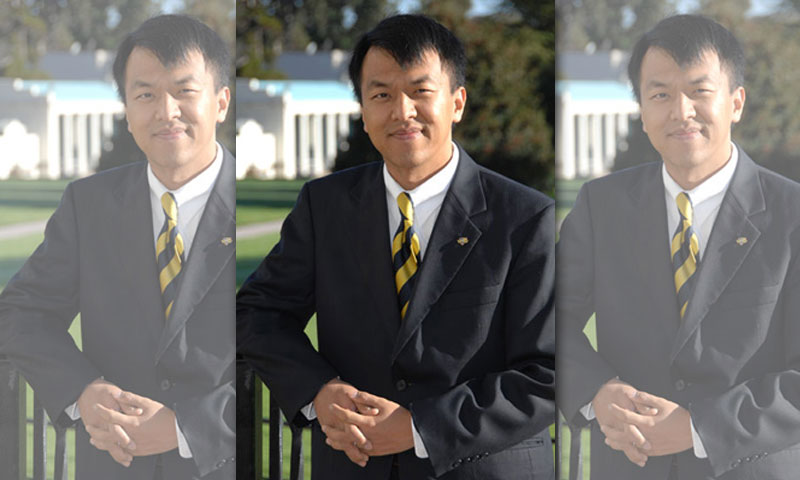 Sophal Ear, an Assistant Professor of National Security Affairs at the Naval Postgraduate School (NPS), was recently awarded a Fulbright grant in conjunction with the Fulbright Senior Specialist designation he received earlier this year.

Sophal Ear, an Assistant Professor of National Security Affairs at the Naval Postgraduate School (NPS), was recently awarded a Fulbright grant in conjunction with the Fulbright Senior Specialist designation he received earlier this year.

“It’s a great honor to have a SIGS faculty member recognized by the Fulbright program in this way,” said James Wirtz, Dean of the NPS School of International Graduate Studies (SIGS). “Dr. Ear is having an increasing impact in the study of South East Asia, and I’m excited he has this opportunity to advance his research, service and teaching by spending time in the region and collaborating with colleagues there.”

Ear was invited by the Director of the Institute of Security and International Studies (ISIS) Thailand for a two-to-six week assignment as a visiting professor under the Fulbright program. Professors participating in the Fulbright program traditionally conduct seminars, facilitate workshops and lecture on their areas of expertise - for Ear that means Southeast Asian affairs, focusing on health security and post-conflict reconstruction.

“I'm looking forward to exchanging ideas with my colleagues at ISIS through talks I'll deliver as well as listening to them and learning from them during my assignment,” said Ear. “I am grateful for this wonderful opportunity.”

The designation as a senior specialist places Ear on the U.S. State Department’s roster of academic experts for consultation and assistance in cases of need for project-related advice, service and development assistance. Such projects are proposed by host institutions and approved by the U.S. Embassy or by the Fulbright Commission and the Bureau of Educational and Cultural Affairs.

"The senior specialist designation is the first step and represents admission into the Fulbright Specialists roster after a peer review process," said Ear. "Winning a grant is the actual aim, and I am excited to serve as a Fulbrighter to ISIS Thailand.”

To be eligible for the roster, academics must have a Ph.D. or equivalent professional or terminal degree at the time of application plus a minimum of five years of post-doctoral teaching or professional experience in the field in which they apply. The award was based on fieldwork Ear conducted while at NPS and his work as a consultant to the World Bank, the Asian Development Bank, and as an Assistant Resident Representative for the United Nations Development Program in East Timor in 2002-2003.

“This appointment is a well-deserved recognition of Dr. Ear’s expertise and experience in security studies. I am pleased that he is able to assist colleagues at Chulalongkorn University, the oldest and most prestigious university in Thailand, and represent NPS in this international initiative,” said Dr. Leonard Ferrari, NPS Executive Vice President and Provost.

According to the U.S. Department of State and the J. William Fulbright Foreign Scholarship Board, Ear is one of approximately 400 U.S. faculty and professionals who travel abroad annually through the Fulbright Scholar Program. Established in 1946 under legislation introduced by the late Senator J. William Fulbright of Arkansas, the program’s purpose is to build mutual understanding between the people of the United States and the rest of the world. Recipients of the Fulbright award are selected on the basis of academic professional achievement, as well as demonstrated leadership potential in their fields. Fulbright recipients are among 30,000 individuals participating in U.S. Department of State exchange programs each year.

Ear joined the SIGS National Security Affairs department as an Assistant Professor in June 2007. He was selected as a TED2009 Fellow for the 25th Technology, Entertainment, Design (TED) Conference where he delivered a TED Talk and spoke at the Oslo Freedom Forum 2010. Ear received his Ph.D. in Political Science from the University of California, Berkeley in 2006. He has both traveled extensively and lived in Southeast Asia. He moved to the United States from France as a Cambodian refugee at the age of ten. He speaks French, Khmer, Vietnamese, and Spanish.