Welcome to the NPS Faculty Profile directory. Use the form below to search the NPS faculty profiles. All NPS Faculty may update their profiles by logging into FAIRS. 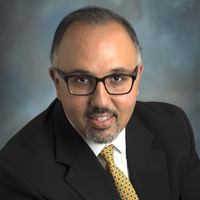 Mohammed M. Hafez earned his Ph.D. from the London School of Economics and Political Science in 2000. He is now an Associate Professor and Chairman in the Department of National Security Affairs at the Naval Postgraduate School in Monterey, California. Previously, he served as a counterterrorism consultant to the U.S. government and Visiting Assistant Professor of Political Science at the University of Missouri, Kansas City.

A specialist in Islamic movements and political violence, his books include Why Muslims Rebel: Repression and Resistance in the Islamic World (2003); Manufacturing Human Bombs: The Making of Palestinian Suicide Bombers (2006); and Suicide Bombers in Iraq: The Strategy and Ideology of Martyrdom (2007).

Dr. Hafez is also the author of numerous book chapters and journal articles on Islamic movements, political radicalization, foreign fighters and jihadist ideologies. He regularly briefs government and military analysts on issues related to terrorism, war of ideas, and countering radicalization. Dr. Hafez has made several appearances on NewsHour with Jim Lehrer, NPR, C-SPAN, and other national and international media outlets.
NPS Experience
Other Experience
Research Interests
Islamic social movements in the Arab world
Radicalization theories and their applicability to the study of Islamist movements
Growth and spread of suicide terrorism around the world
Foreign Fighters and Homegrown Extremism
Innovation in terrorist strategies and tactics
Jihadism in the contemporary Muslim world
Ideological divides within Islamist movements
Teaching Interests
Politics of the Middle East
Politics and Security in North Africa
Islamic Fundamentalism
Radicalization and Political Extremism
Suicide Terrorism
Arab-Israeli Conflict