Rebalancing the Science and Art of War for Decision Advantage

Rebalancing the Science and Art of War for Decision Advantage 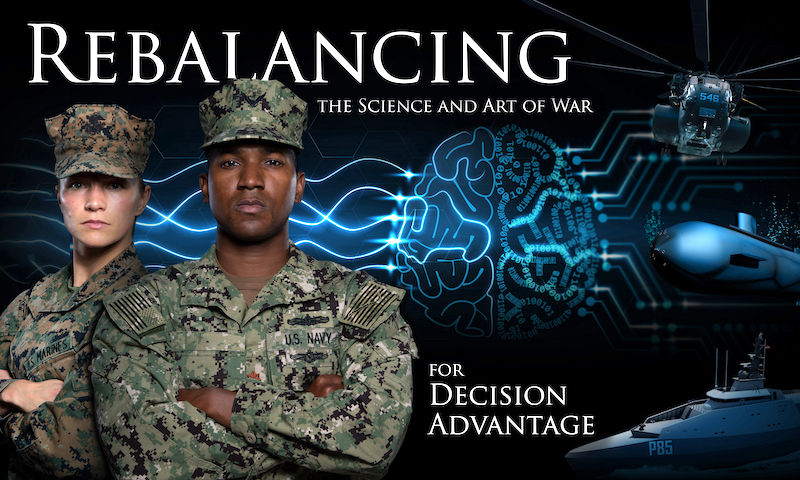 In today’s Cognitive Era, education must be viewed as equally vital to decision advantage as technology, writes NPS President retired Vice Adm. Ann Rondeau. The imperative in today’s strategic competition, she notes, is to leverage innovation and invest more deeply in our warrior-scholar future to thrive in the inevitable chaos of war.

“Creating the intellectual overmatch and mental agility that we require cannot be achieved by intermittent education or by past experience alone. It is created by the purposeful combination of education, training, rigorous exercises, and application in the real world.” - Joint Chiefs of Staff, Vision and Guidance for Professional Military Education and Talent Management

In today’s all-domain, high-tech maritime battlespace, decision advantage is arguably the difference to prevailing in war. While enabled by technology, the commander’s education, experience, and judgment become critical factors to making not only sound decisions, but to developing the cognitive capability to outthink an adversary and take decisive, bold actions—especially in combat. Intellectual overmatch is the goal. Decision advantage is the result.

Decision advantage in war results from the rapid discernment of trusted information for a decision-maker to act confidently—and first. In fact, the Chief of Naval Operations NAVPLAN 2022 establishes decision advantage as one of six Force Design Imperatives: “Generate Decision Advantage: Naval forces will out-sense, out-decide, and out-fight any adversary by accelerating our decision cycles with secure, survivable, and cyber-resilient networks, accurate data, and artificial intelligence. Connecting sensors, weapons, and decision-makers across all domains enables naval forces to mass firepower and influence without massing forces.”

Paradoxically, as the machine-driven pace and volume of information in the Cognitive Era rapidly increases beyond human speed and comprehension, the same technology enables the distillation of information into actionable knowledge. Technology can influence the speed of decision and effect, but can it eliminate chance? Can machine learning replace human judgment to navigate uncertainty?

We talk competently about the evolution of technology and development of the tools of naval warfare, but less confidently about the evolution of mind and development of the cognitive capability of the warrior. We work on trying to reduce war and decision-making to algorithms and yet do not focus so much on the humans for whom those algorithms are being developed. Think about the nature of war as the “art of war”—its human dimension. It is often suboptimized, managed in stasis and viewed as secondary or too expensive to design and do effectively. Think about the character of war as the “science of war”—its technical dimension. While the conditions of war change, the nature of war does not. When facing an equally equipped adversary, decision advantage is the decisive difference. Thus, the imperative is to develop platforms and people with equal measure to elevate the science and the art of war.

Read the full article on the U.S. Naval Institute website.