Professor Honored for His Role in Creating the Modern Internet

Professor Honored for His Role in Creating the Modern Internet 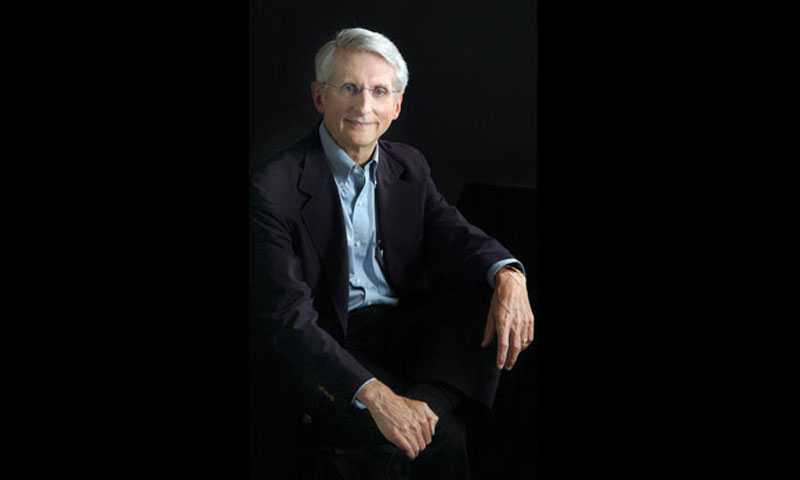 Peter J. Denning is Distinguished Professor and Chair of Computer Science, and Director of the Cebrowski Institute for information innovation at the Naval Postgraduate School in Monterey, California. He has held faculty positions at Princeton, Purdue, NASA Ames Research Center, and George Mason University. He is a pioneer in operating systems and computer system performance models. He was a co-founder of CSNET, the award-winning CS community network that bridged between the ARPANET and the NSFNET. He holds 26 awards for technical and service contributions to computing.

It all started as an effort to provide affordable network resources to research universities. Four professors from different universities, including NPS computer science department Chair Peter Denning, fervently believed that the quality of their education would multiply manyfold if all the CS departments were connected. Little did they know it at the time, but the result of their efforts, the Computer Science Network or CSNET, would prove to be one of the first building blocks to what is now the modern-day Internet.

“It was the first step of the journey. We pulled it off and it was done well,” Denning said, who was chair of Purdue University’s computer science department at the time. “It feels nice to be recognized for all that work, but we weren’t looking for recognition, just a good network.”

That recognition came this past July 29, when the four principal investigators of CSNET, including Denning, were honored with the 2009 Internet Society’s Postel Award. The award, a crystal engraved globe, is named after Internet pioneer Jonathan B. Postel and recognizes those who have made outstanding contributions in service to the data communications community.

Before CSNET there were few networks. ARPANET, the defense-based network that started the Internet, was the gold standard according to Denning; it was the most advanced and dependable. A runner up was the Usenet, an ad hoc network that copied mail and news among UNIX computers, which Denning described as “flaky.” Unlike ARPANET, which automatically routed packets to their destinations, Usenet required users to spell out the exact path for a message to reach its destination. Errors in path names and broken computers connecting them resulted in frequent disconnections and lost messages.

ARPANET was coveted by many CS research universities, but it was an exclusive club. According to Denning, a university needed a DOD contract and $120,000 annually to connect ARPANET. “Not only was it hard to get a DOD contract, the connection price was nearly 1 million in today’s dollars,” said Denning.

In 1979, a handful of computer science department chairs from different universities brainstormed on how to get ARPANET access to their own universities, but the effort seemed hopeless since many lacked the funds.

“We didn’t like the advantage enjoyed by the few ARPANET universities and we wanted to change that,” Denning said. “We hatched the idea of building our own network. Kent Curtis, the National Science Foundation (NSF) representative at the brainstorming meeting, said that the NSF would be open to considering a proposal from us. This started the CSNET idea.”

It took two years for the four PIs to create a thorough and convincing proposal, finally accepted by the NSF Board in 1981. The NSF board approved $5 million on a five-year contract and stipulated that CSNET must attain self-sufficiency by the end of the five-year term.

CSNET launched, offering two options for connectivity. The cheap connection was through an ordinary phone line, which was quite slow but cost only a monthly phone bill and a mail relay computer.

The more expensive connection provided the ARPANET protocol, TCP/IP, on top of a commercial data network, GTE Telenet. The basic connection cost for Telenet was about $5,000. Packet charges for a moderately busy university brought the annual total to about $20,000, still far cheaper than the ARPANET connection cost.

The CSNET team continued its build-up and indeed achieved that self-sufficiency in 1986, the end of the original contract. And by that time, CSNET served about 50,000 faculty and students at 165 universities and research labs. “This was a remarkable achievement,” said Denning, “Since we had to organize a consortium, collect annual dues, provide a coordination center, work out bridging agreements with ARPA, and work out operating policies – in addition to the technical work. At the beginning, we didn’t even know if we could accomplish all that. But we did.”

In 1988, CSNET merged with BITNET, a network connecting IBM computer installations. This greatly increased the number of participating universities, so many of which had IBM machines in their computing centers.

Its confidence buoyed by the success of CSNET, NSF in 1986 started its own network, NSFNET, to connect its supercomputing centers and their regional networks – many CSNET alumni helped. By 1990 all the members of CSNET were integrated into NSFNET, and CSNET was disbanded, less than one year after the ARPANET was disbanded for the same reason.

But according to Denning, this was a quiet and appropriate transition. “We served our purpose. We created a good, self-sustaining community network, and from that came along an even better network,” he said.

Nearly 30 years later, the founders are still dedicated to advancing the Internet, choosing to donate the prize money to charitable organizations including the Electronic Frontier Foundation, The Electronic Privacy Information Center, and the Central Asia Institute.