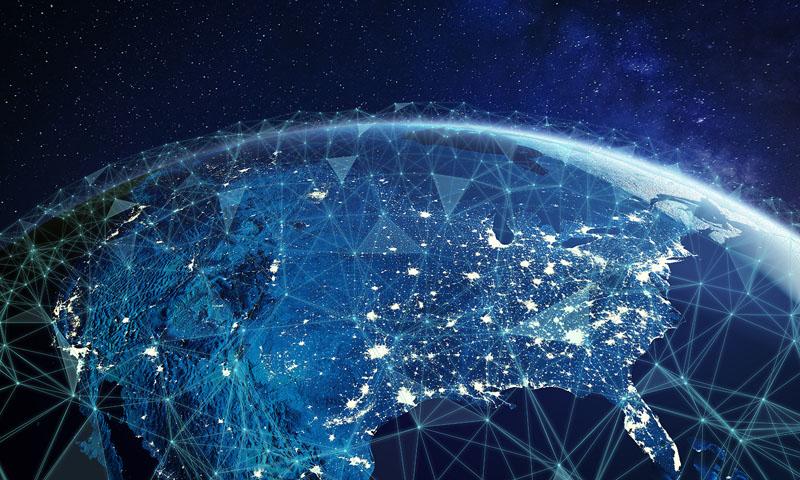 The future Navy and Marine Corps will undoubtedly be built using today’s emerging technologies, therefore, the Naval Postgraduate School’s (NPS) Naval Warfare Studies Institute (NWSI) launched the Emerging Technology Series for Executives July 16 to connect senior military leaders, NPS faculty and students and Senior Industry Executives to collaboratively focus on the implications these technologies have on warfighting and key operational problems. Designed to take advantage of NPS’ trusted industry partners, the series aims to take advantage of the opportunities and challenges emerging technologies provide before they are widely available or even widely understood.

The series is planned to occur quarterly focusing on a different technology each quarter, and the series will conduct three related events each quarter dedicated to understanding the commercial and warfighting implications of that technology.  Each series will begin with an industry leadership brief between military flag officers and senior industry executives focusing on what the technology is and how companies are leveraging it for commercial applications. An NPS Virtual Secretary of the Navy Guest Lecture (SGL) will follow featuring a currently serving or retired military leader with deep expertise in the technology. The series will then culminate each quarter in an executive roundtable where the leaders will discuss the implications the technology has on warfighting and how the Navy and Marine Corps might take advantage.

“This Emerging Technology series will help us understand and leverage breakthrough technologies to stay ahead.”

As a key member of NWSI, Pugh took the lead for organizing the series’ first iteration – 5G technology.

“Qualcomm is a universally-recognized leader in 5G,” continued Pugh. “They have a breadth and depth of technical expertise that, combined with the operational and tactical expertise of NPS’ faculty and students, means we are literally the first in the world to learn about new technologies, and then first in the world to integrate it into our naval warfighting concepts and capabilities.”

Commercial companies have provided most of today’s research and funding to reach those possibilities with 5G. By sharing their knowledge pool and resources, NPS and Qualcomm can possibly overcome current challenges of 5G development.

“For us at Qualcomm, fundamental research is a huge portion of what needs to be done,” said Mark Koro, Qualcomm’s Senior Vice President for Government Affairs. “Because without research, you cannot go to a standards body and present viable information that could become part of these global international standards.  For Qualcomm, we really try to educate folks on where the technology has to go, so the core technology development is really where we at Qualcomm are focused on.”

Pugh noted that while 5G’s potential can shape the future of warfighting, there are other technologies that have that potential as well and NPS can play a part in shaping those technologies rather than having to help catch up to them.

“In just a few years we will see self-driving cars, drone delivery service, augmented reality in our eyeglasses, and every device in our house connected into a massive internet of things – all communicating and anticipating our next move,” said Pugh. “This is the reason for the Emerging Technology Series, so the Navy and Marine Corps can leverage industry, where the majority of technological breakthroughs are made, to building trusted relationships and working collaboratively to solve our key operational problems.

“Now imagine these innovations on the battlefield and what our warfighters could do with them,” continued Pugh.  “Now imagine if our adversaries figure it out first. NPS’ unique mission within the Department of the Navy makes it a sensible place to teach officers about emerging technologies, and to research, experiment and wargame with them so we figure it our first.”