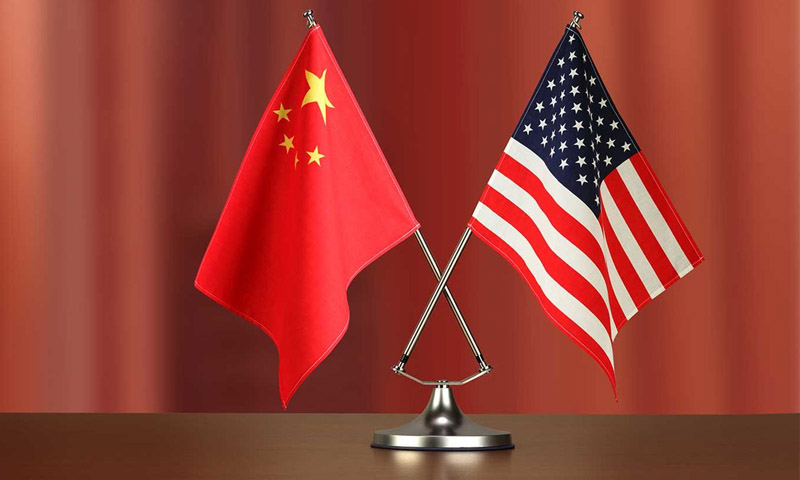 The Naval Postgraduate School (NPS) is once again expanding its graduate education offerings on the subject of Great Power Competition (GPC). While NPS has recently launched a distance learning GPC certificate program, NPS’ Department of National Security Affairs (NSA) will launch two in-resident courses next year focused on the People’s Republic of China that will allow military officers and DOD civilian employees to deepen their understanding of this peer nation in today’s strategic context.

The Chief of Naval Operations’ (CNO) NAVPLAN 2021 reports that China is the United States’ most pressing long-term strategic rival in the space, sea and information domains, and is aggressively building a navy and worldwide infrastructure not to just rival the U.S., but to eventually exert control of critical waterways. Therefore, these two courses, “Science, Technology and Society in China” and “People’s Liberation Army” (PLA), will help students intellectually and contextually grasp China’s history and what may be behind some of its political, economic and defense motivations.

“China is becoming a leading scientific and technological power,” said Assistant Professor Dr. Covell Meyskens, who will teach the science and technology course. “It is imperative that the United States gain a better understanding of China’s goals, the challenges that China faces in realizing its aspirations, and the consequences that Chinese technological and scientific developments are having for both China and the world.”

Meyskens explains that the course will examine how science, the Chinese government and society have all interacted over the course of the nation’s history, and how reactions to the challenges of great power competition have influenced state-led efforts to expand China’s technological and scientific capabilities.

In addition to China’s advancing science and technology, the CNO NAVPLAN reports that People’s Liberation Army – Navy is deploying jointly with the Chinese Coast Guard and Maritime Militia creating challenges for regional nations. NSA Senior Lecturer Dr. Michael Glosny will teach the “People’s Liberation Army” (PLA) course, scheduled to begin in early 2022, which will examine the origins and historical development of the PLA and its modernization over the last two decades.

“[Great Power Competition] challenges include economics, politics, ideology, and the military,” said Glosny. “In the NSA curriculum, we already offer courses on Chinese foreign policy, politics, economics and history. As PLA modernization has deepened, in consultation with OPNAV, we have recognized that we need to provide our students more opportunities to learn about the PLA and its implications for security and stability of the United States and its allies and partners in the Indo-Pacific.”

According to Glosny, the course will offer students a deeper understanding of the PLA organization such as its military strategy, capabilities, roles and missions, and its future trajectory. Students will also examine weaknesses and shortcomings in the Chinese military that the U.S. could leverage as an advantage in addition to discussing possible U.S. and allied responses to PLA modernization.

“This course on the PLA focuses better understanding the behavior and mindset of our adversaries,” said Glosny. “Deeper knowledge of our peer nations like China is essential to ‘instinctively act inside their decision cycles,’ as the 2021 NAVPLAN suggests.”

Both Meyskens and Glosny noted that, as a military institution, aligning education to give a better understanding of peer-nation competitors is vital. To understand China’s efforts to transform itself in science and technology, as well as its military into a maritime great power is to be better equipped to adapt to it.

Both courses will contribute to NPS’ 682 Security Studies - East Asia degree program and are being developed to potentially be offered as part of the Distance Learning Great Power Competition Certificate program.