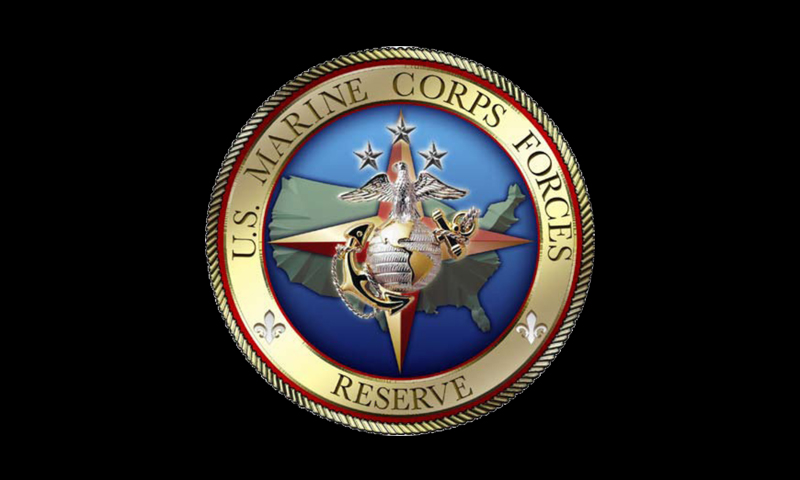 Launched in 2014, an evolving effort by the NPS Department of Systems Engineering provides the Marine Corps Forces Reserve with a comprehensive educational system for active duty Inspector-Instructors, critical personnel in ensuring reserve units are well trained and ready to respond.

As Great Power Competition intensifies, the United States Marine Corps is increasingly being called upon as the nation’s premier expeditionary force. Critical to its success is the strength of its Reserve component, and the ability to augment active duty USMC forces with trained and ready Marines.

Marine Corps Forces Reserve (MARFORRES) is tasked with this mission. To facilitate this, it assigns active duty Marines to Reserve units as Inspector-Instructors (I-Is), whose job it is to maintain the daily operations of the unit until Reservists report for training. During training periods, the I-I cadre serves as advisors and subject matter experts for the unit.

Historically, however, I-Is were at a disadvantage when reporting to their units. Few of them had ever served in a Reserve unit and they faced a steep learning curve in acclimating to the unique needs and culture of the Reserves.

To help overcome this challenge, MARFORRES turned to the Naval Postgraduate School (NPS).

“They decided that they really needed to try and see if there’s a better system for presenting information and transferring knowledge that the I-Is require, so they reached out and asked ‘Can you help us? What are the different ways we can make this happen?’” recalled Dr. Andy Hernandez, associate professor in NPS’ Systems Engineering department.

In 2014, MARFORRES established a partnership with NPS to examine the existing I-I education system and to address identified shortcomings in the program. Hernandez, as principal investigator (PI), drew on the wealth of NPS subject matter experts and looked to applied systems engineering –  the interdisciplinary study of the design, integration and management of complex systems over their life cycle – to take this on. The team included faculty and students from systems engineering, center for executive education, the former CED3 now GEAC, and defense management.

“We began by asking ‘What is the problem? Let’s dissect the problem,’” he said. “We developed a clear problem summary and the functions of what the education system ought to do. We basically used a systems engineering approach to break down the bigger problem into smaller solvable problems.”

Through this process of functional decomposition, the NPS team and MARFORRES were able to break down in detail the activities that must occur for the overall system to achieve its main purpose. Subsequently, the team developed a set of requirements for designing the education system.

“How do you go about educating the I-Is when they’re scattered over 150 separate locations in the contiguous United States, as well as Puerto Rico?” Hernandez said. “That was the original problem. But the other problem was how then do you continue providing information and educating them with fresh information?

“You need to convey the most recent information,” he continued. “You need to be able to engage with them directly. You need to have continued information updates, and you have to figure out how to do this in a distributed fashion.”

To accomplish this, the NPS team devised a three-pronged approach: a formal orientation conference with educational lectures; distance learning (DL) with a reach-back portal; and, practical exercises for experiential or scenario-based learning.

Held on an annual basis, the I-I orientation conference introduces basic knowledge about the Reserves, and internal processes that active duty units do not have in particular. Additionally, it’s an opportunity to develop relationships among the I-I cadre as well as MARFORRES Headquarters staff.

“There’s a need for formal lectures, just like we do here at NPS,” Hernandez said. “Sometimes there’s just a need to have a face-to-face interaction. Specifically, the commanding general at the time said ‘One of the reasons we have an orientation conference is because we want I-Is and headquarters staff to meet one another. The I-I should meet some of the people they’re going to be working with at least once so when they call up headquarters, they know who they’re actually speaking with during their two- or three-year assignment.’”

The NPS team also developed an interactive, web-based learning portal and designed a series of educational modules to guide incoming I-Is through MARFORRES processes and policies. Created within the university’s Sakai learning management system, the DL program allowed participants to learn and retain information better than receiving a one-time deluge of PowerPoint slides.

“With the DL portion, now we could go ahead and talk to everybody ahead of time,” Hernandez said. “Once you identify who is coming to the command, you can provide this education right at the beginning of their duty time.”

The portal allows the incoming cadre to interact with the materiel at their own pace, he added. By the time they arrived at the orientation conference, they had a common knowledge base with the other new I-Is.

Finally, the development of scenario-based practical exercises provided hands-on application of material from the portal while creating a forum for current I-Is to share their experiences with challenging and sometime unique situations.  This new dimension in the education design addressed a need to inject experiential learning that has been proven to be a highly-effective approach for the I-I population, Hernandez noted.

The NPS team created a one-week workshop with MARFORRES Headquarters staff held during the annual I-I orientation conference. During the workshop, the team builds scenarios for specific situations for incoming I-Is to resolve, situations they may have to deal with when they’re in their Reserve component position. Gaming practical exercises in this manner is an excellent way to reinforce concepts and identify areas for improvement, Hernandez said.

Since its inception in 2014, Hernandez proudly reports the I-I program has continued to grow, adapt and evolve to meet MARFORRES’ needs. To date, the new I-I education system has helped educate approximately 1,200 I-Is. The response to this new approach has received a decidedly positive response according to exit surveys that the MARFORRES operations division collects in each orientation conference.

“I think it’s a great reflection on NPS that we have the latitude to do this,” Hernandez said. “An operational command identified a problem and we took it on. MARFORRES has different categories of problems, some technical, some social. Because we have a diverse set of scientists at NPS, it is possible to call on these experts to address them.”

“It speaks well of NPS that it has the diversity of talent to do that,” he added. “This has been a satisfying project for the entire team. We saw a real problem set in a real unit and we were able to provide a real answer. That’s the strength of NPS.”