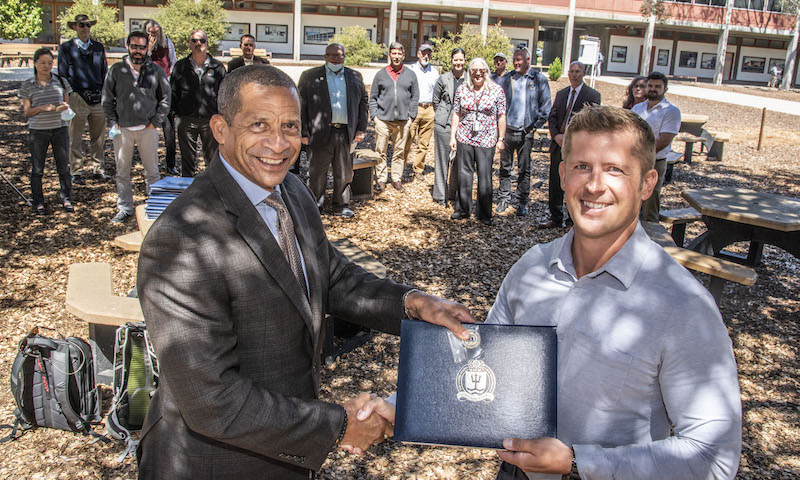 U.S. Air Force Maj. Dustin M. Merritt, right, is presented with a certificate recognizing his graduation with distinction honors from the Naval War College (NWC) Monterey program by NWC program director Dr. Robert Tomlinson. Merritt was one of 17 officers from the Summer Quarter cohort honored for academic performance during a brief ceremony in the Academic Quad, July 21.

Through the NPS-NWC partnership, a total of 6,427 officers have earned their JPME Phase I certification since the program’s inception in September 1999.