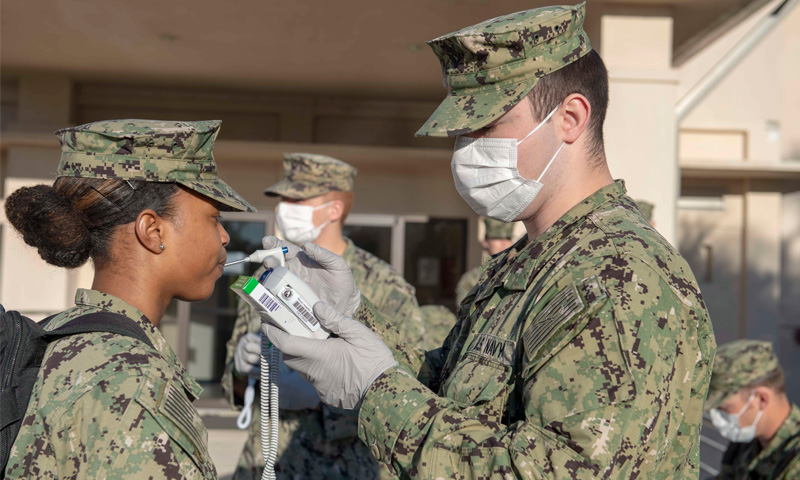 The world is facing an extraordinary public health crisis with the arrival of the novel coronavirus, COVID-19. In unprecedented collaboration, the international scientific community has joined together to study COVID-19 and defeat the global pandemic it caused. Each day brings us closer to understanding the virus.

All of us are faced with an uncertain ‘new normal’ in our daily lives which is made more confusing by the constantly changing information we receive about the virus and best practices for preventing its spread. Some things are constant: wash your hands and practice social distancing. Another well-known and scientifically proven health practice has been shown to be essential for keeping our immune systems strong and resilient: sleep.

The immune system is how our body recognizes and defends itself against bacteria, viruses and substances that appear harmful. In response to a possible infection, the immune system springs into action. White blood cells, antibodies and other mechanisms go to work to rid the body of the invader. Like so many other bodily functions, our immune system is greatly influenced by our body’s internal clock and the sleep-wake cycles that govern it.

The relationship between sleep and the immune system is complex but research shows that getting enough sleep is vital for a healthy immune system (Majde & Krueger, 2005). Many studies suggest that sleep actually helps our bodies create the cells we need to fight off pathogens (Benedict et al., 2007; Lange et al., 2006). Research has also shown that missing out on sleep increases your risk of getting sick following exposure to a virus, such as the common cold. In fact, one study at University of California San Francisco (UCSF) found that the risk of catching a common cold is about two times higher in those who sleep less than six hours per night compared to those who sleep more than seven hours per night (Prather et al., 2015). Also, those who routinely sleep five hours or less per night have a greater risk of developing pneumonia and are more likely to have a respiratory infection compared to those who typically sleep seven to eight hours per night.

Another study by the same UCSF team found that the immunity of individuals who slept fewer than six hours the night prior to receiving a hepatitis B vaccination, compared to individuals who had slept more than seven hours, was much weaker six months after the vaccination (Prather et al., 2012).

These findings are very important to the military community where infectious diseases have been recognized as a threat to US armed forces for more than a century (Murray & Horvath, 2007). Severe respiratory infections have been particularly problematic in military recruit populations, where closely crowded living and working conditions result in greater exposure to a disease (Breese, Stanbury, & Upham, 1945). Military members routinely face a broad range of physical and psychological stressors which, combined with poor sleep practices that reduce their immunity, provide a perfect breeding ground for an epidemic to spread. Because severe respiratory infections pose such a significant risk, many steps are taken to reduce their number and severity to include widespread vaccinations.

The close quarters of U.S. Navy personnel onboard ships make Sailors especially susceptible to the spread of infection, as was seen recently in the spread of COVID-19 aboard the USS Theodore Roosevelt. Long hours and demanding workloads, psychological stress, and sleep deprivation in military populations increase the risk of respiratory infections such as COVID-19 (Korzeniewski et al., 2013). Outbreaks result in enormous health care costs, lost workdays and compromised combat readiness.

Although getting adequate amounts of sleep daily does not guarantee that you will not get sick or contract COVID-19, making sure that you, your families and your co-workers are not sleep-deprived is a valuable weapon in your arsenal to fight against COVID-19. Make sure you take advantage of this simple weapon and GET THE EDGE!

Learn more about the NPS Crew Endurance Team at www.nps.edu/crewendurance.