Current NSA student Major Ryan Tice, USMC, has had two articles published recently. The first is on naval integration and appeared in Proceedings and the other is an article on great power competition in the Bering Strait in the Joint Forces Quarterly.

The January issue of the Naval Institute’s magazine Proceedings features Maj. Tice’s article is titled “Naval Integration Begins in the Classroom.” In the article, he notes that although the concept of integration is a priority for both the Navy and Marine Corps, “it has yet to be reflected in their professional military education (PME) programs.” To counter a number of challenges, including the threats of the rising powers China and Russia, the author advocates that the Navy and Marine Corps need to “aggressively experiment with nontraditional command-and-control relationships, organizational structures, and emerging technologies that capitalize on both services’ unique strengths.” The author believes the education programs are ideal for such innovation. He also believes the Navy and Marines would benefit from better integration of PME programs; current statistics show there is room for improvement in PMEs for both student and faculty integration.

Maj. Tice’s second article is titled “The Bering Strait: An Arena for Great Power Competition” and appeared in the first quarter publication of the Joint Forces Quarterly. Although warm water maritime corridors have long been of interest to the United States and other nations, the Bering Strait is now emerging as a vital and strategic maritime corridor. It is increasingly significant to both the economic and security interests of the United States, particularly as both China and Russia steadily express more interest operating in the Arctic region. The thawing of the Arctic increasingly means the region will increasingly feature in great power competition. However, since the collapse of the Soviet Union, the United States has invested little in Arctic capabilities. Maj. Tice explores the challenges of the emerging competition in Arctic and argues the need for the United States to establish a new combined task force, the Combined Joint Task Force (CJTF), Alaska. According to the article, the Alaskan CJTF “would enable the necessary conditions to integrate the full effects of the joint force across land, sea, air, space, and cyberspace warfare domains” as well as “create a venue for military cooperation among partners with Arctic interests” to prevent adversaries from exploiting any gaps in the U.S. Northern Command’s area coverage.

A Marine Corps infantry officer, Maj. Tice is currently studying Eurasian regional security and strategic studies in the NSA Department. He will graduate in June 2020. 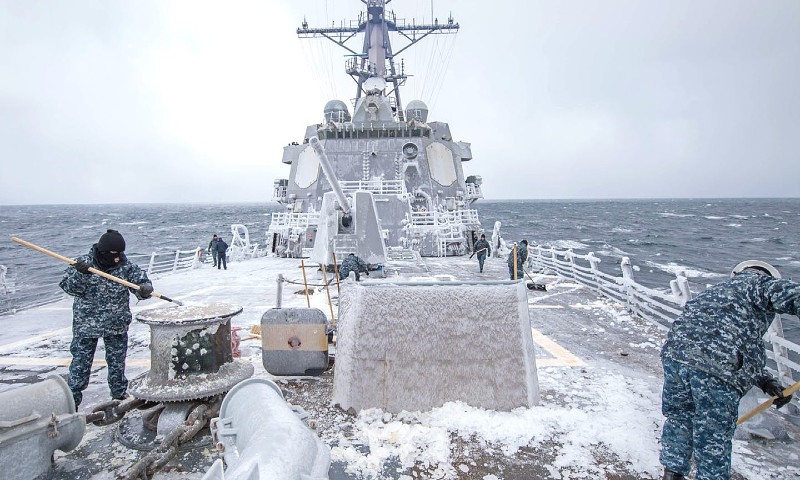