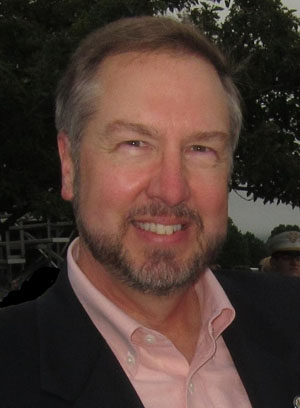 Dr. Kalev I. Sepp is presently Chair of the Defense Analysis Department at the Naval Postgraduate School in Monterey, California.  He previously served as the Deputy Assistant Secretary of Defense for Special Operations and Counterterrorism (2007-9).  Earlier, he was an analyst and strategist in Iraq and Afghanistan, and an expert member of the Baker-Hamilton Bipartisan Commission on Iraq, a.k.a. the Iraq Study Group.  A former U.S. Army Special Forces (Green Beret) officer, he earned his Ph.D. at Harvard University, and his Combat Infantryman Badge in the Salvadoran Civil War.  Dr. Sepp also graduated from the U.S. Army Command and General Staff College with a Master's degree in Military Art and Science, and taught military and world history at the U.S. Military Academy at West Point.  While assigned in Iraq, Dr. Sepp wrote "Best Practices in Counterinsurgency," later published in Military Review, and reprinted in Arabic, Spanish and Portuguese.  He is co-author of Weapon of Choice: U.S. Army Special Operations in Afghanistan, and wrote the chapters "NATO Special Forces in Future Operations" and "Assessing Counterinsurgency" (with Maj. Gen. William Hix) in recently published books, along with other articles, essays, reviews and studies.  Dr. Sepp was named one of "The Ten Most Influential Counterinsurgency Thinkers" in the United States by Foreign Policy magazine (2009).  He has appeared on PBS Newshour, CNN, CNNi, BBC, Fox Business News, MSNBC, CBS, C-Span, NPR, and various national news programs.  His sons – a Marine and an Army paratrooper – both served in Iraq.

Examining the security implications of emerging technologies and WMD-E