Our signature project in remote sensing was a project to do terrain classification to avoid helicopter brownout - basically trying to pick landing zones that won't kill the pilots. 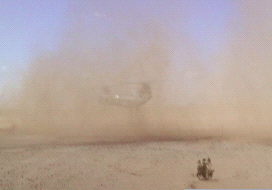 This all started with Col Mitch 'Rico' Rios, who brought the problem to NPS in 2003.  He started a long line of USMC helicopter pilots who analyzed different ways of approaching the problem of understanding landing zones.  After a fair amount of effort, the problem was reduced to a problem in characterizing good and bad landing zones.   (including work with commercial systems by Anthony W. Davis, 2007; and Christine Rabaja in 2009).   This concluded in some sense with a MERIT program that involved NPS and NRL (Ralph Fiedler).   The algorithms we developed were transitioned to the MI 513th, and have proven valuable for operations. 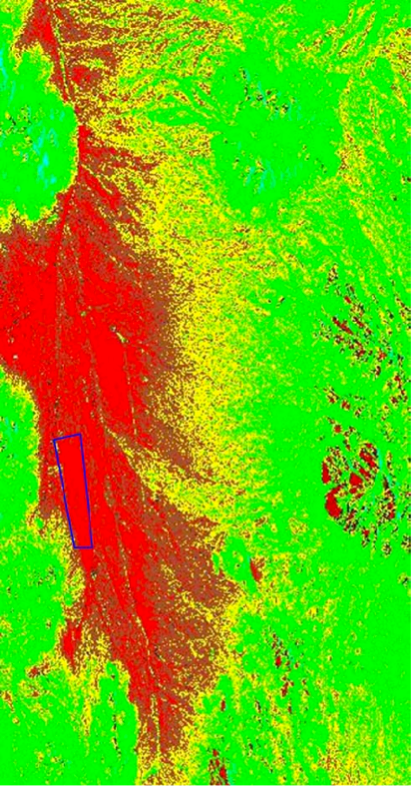