Equatorially trapped plasmas, and the equatorial noise, were one of the most prominent features of the SCATHA observations. 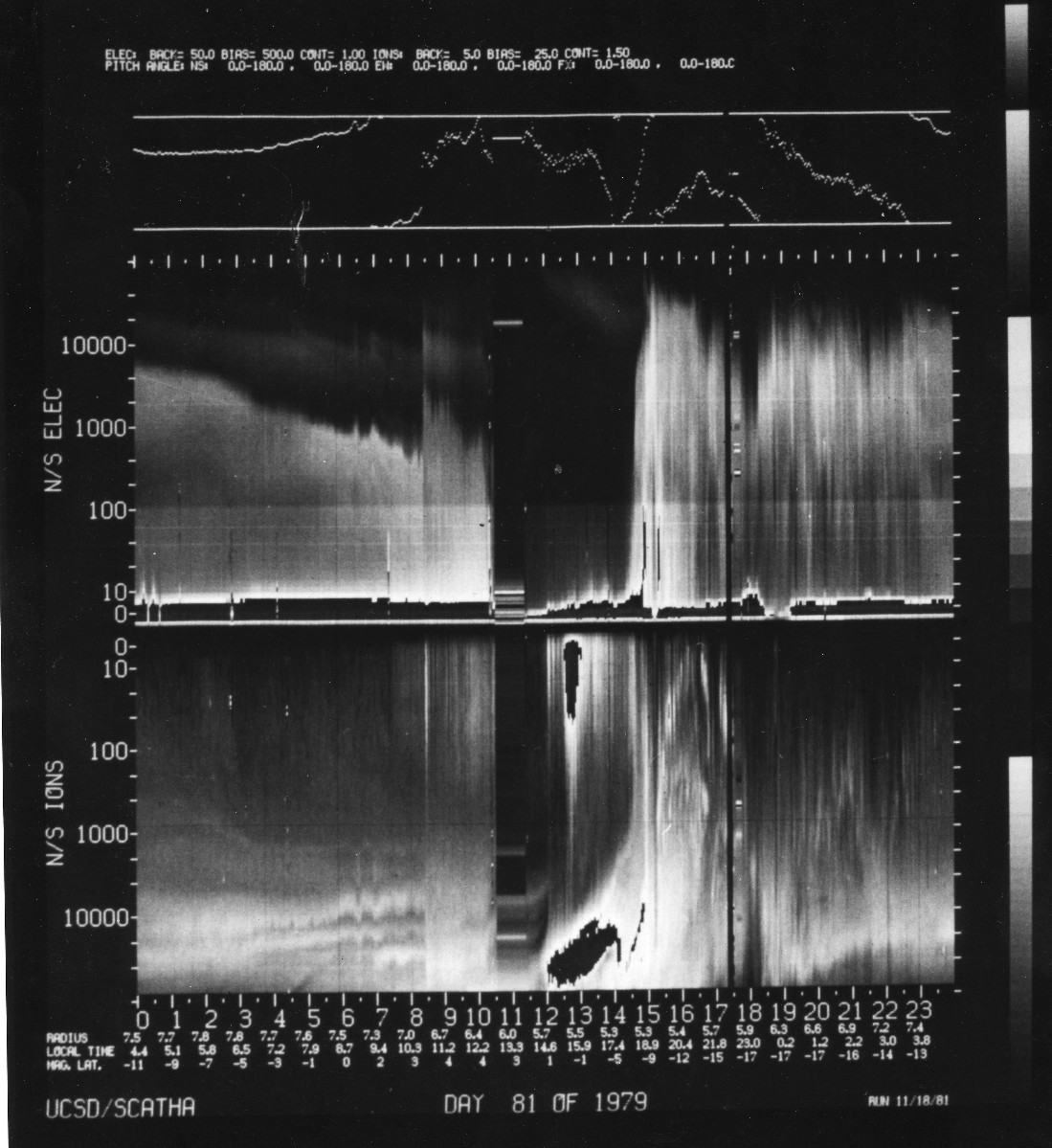 Here is the work done with Dynamics Explorer 1 - Plasma Observations, the Density Minimum, and my one theory paper.

A recent article reports on Cluster observations of equatorial noise.

And my favorite paper, and the only one with any real theory - " Comparison Between Liouville’s Theorem And Observed Latitudinal Distribution Of Trapped Ions In The Plasmapause Region" (1994). I had to use data from SCATHA and DE-1 to get the complete story, with some help from the understanding we developed with the AMPTE results..

One other note - I worked on the "Liouville" paper while back in Huntsville for a summer program (ASEE). The short version is here.  I would not mention that except for the exceptional work by Mike Pangia, which apparently never got published anywhere else.  Mike showed that the non-Maxwellian distributions we were seeing, better modeled, apparently, as kappa distributions, could be derived from first order thermodynamic principles. The Kappa Distribution as a Variational solution for an Infinite Plasma  A really important piece of work, that never got much further exposure.

really a coincidence in appearance, but fun anyway