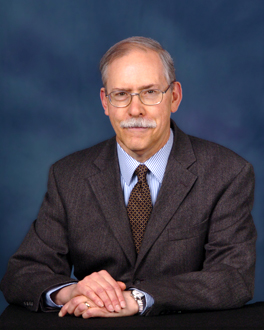 
David S. Yost is a Professor at the U.S. Naval Postgraduate School, Monterey, California. He earned a Ph.D. in international relations at the University of Southern California in 1976, and joined the NPS faculty in 1979.  He worked in the Department of Defense, primarily in the Office of Net Assessment, in 1984-1986, while holding fellowships from NATO and the Council on Foreign Relations.  He was a fellow in international security studies at the Woodrow Wilson International Center for Scholars, Smithsonian Institution, in 1986; a visiting scholar at the School of Advanced International Studies, Johns Hopkins University, in 1986-1987; a Fulbright research fellow in Paris in 1990-1991; a visiting professor and research associate at the Centre des Hautes Études de l'Armement, École Militaire, Paris, in 1993-1994; a senior fellow at the United States Institute of Peace in Washington, D.C., in 1996-1997; a senior research fellow at the NATO Defense College in Rome in 2004-2007; and a guest scholar at the NATO Defense College in Rome in 2011.  He is a member of the editorial board of Comparative Strategy and served on the advisory council (Conseil Scientifique) of the Laboratoire de Recherche sur la Défense, Institut Français des Relations Internationales, Paris, in 2010-2014.  He has specialized in international security issues associated with Europe and NATO.  His publications include NATO’s Balancing Act (U.S. Institute of Peace Press, 2014), Strategic Stability in the Cold War:  Lessons for Continuing Challenges (Institut Français des Relations Internationales, 2011), NATO and International Organizations (NATO Defense College, 2007), The US and Nuclear Deterrence in Europe, Adelphi Paper no. 326  (International Institute for Strategic Studies, 1999), NATO Transformed:  The Alliance’s New Roles in International Security (U.S. Institute of Peace Press, 1998), Soviet Ballistic Missile Defense and the Western Alliance (Harvard University Press, 1988), and France's Deterrent Posture and Security in Europe, Adelphi Papers nos. 194 and 195 (International Institute for Strategic Studies, 1985).

Introduction to European Politics: Government and Security in Western Europe