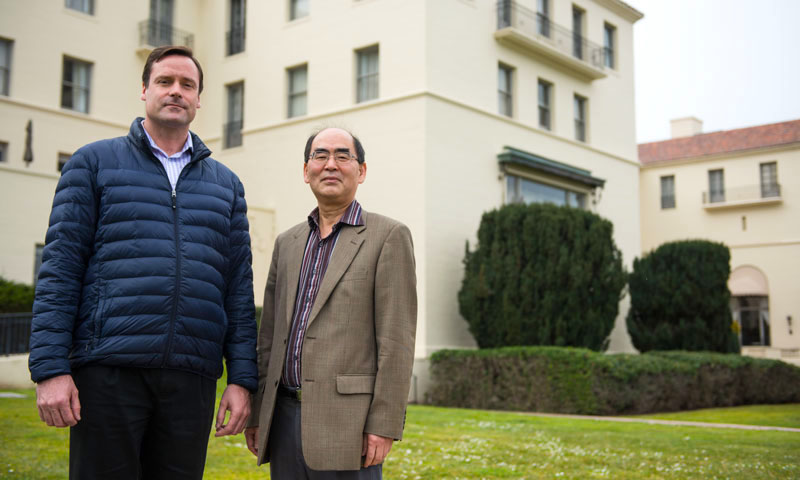 Naval Postgraduate School (NPS) Provost Dr. Steven R. Lerman announced the winners of the 2017 Menneken Awards, Jan. 10. Made possible by the NPS Foundation through a grant from the Carl E. and Jessie W. Menneken Foundation, the awards recognize NPS researchers for highly meritorious research with significant impact on the Department of the Navy.

“I feel very humble to receive this award as gratification for all I have done at NPS and the Department of Defense overall,” said Kwon, who originally joined the faculty of NPS in 1990. “The most enjoyable aspect of NPS is that I am doing work that is impactful to national defense and knowing that my work is directly applicable to this makes it a really rewarding experience.”

The award for significant and sustained contributions is intended to recognize a senior faculty member for his or her body of work with particular emphasis on sustained impact to improving the effectiveness of the Navy and DoD.

Kwon’s research contributions have led to the development of higher-order finite-element models of non-linear materials for structural analysis. He has also developed fluid-structure models that have been employed for use in naval-relevant applications. Most recently, he and his group of students have worked on Femtosecond Laser Surface Textured Aluminum Alloys for drag reduction, amongst other applications. Additionally, Kwon’s work was influential at the highest levels of defense with his study of the feasibility of using numerical modeling of the effects of shocks on new naval vessels as a replacement for extremely expensive full-ship shock testing on behalf of the Chief of Naval Research (CNR). His numerical models and his recommendations in this area have the potential to save billions of dollars in costly at-sea ship trials.

“Last year, the CNO talked to our president about what could be the best option to test if a ship could survive the stresses of dangers such as an underwater torpedo or mine that would usually be tried through ship shock testing,” said Kwon.

Shock testing not only provided an analysis of what would happen to a ship’s hull, but was limited in its evaluation of the varied systems inside it. “Right now, the procedure of evaluating that is not well validated, so this modeling offers a better technique to do that,” he added.

This marks the second time Kwon has received a Menneken Award, as he was formerly presented the meritorious research award in 1995.

Hendricks’ recognition is intended to encourage younger faculty members, providing support to both the researcher, and to the research itself.

“It was a huge honor to see all the hard work that I put into my research the past two years recognized with this award,” said Hendricks. “I have been interested in weather my whole life, I grew up watching The Weather Channel and was just fascinated by how it works. I was especially interested in hurricanes and tropical cyclones so being able to work in this field is incredibly rewarding to me.”

Hendricks' research involves advancing our understanding and prediction of tropical cyclones in support of Navy operations, as well as high-resolution modeling of hazardous material plumes in urban environments in support of homeland defense.

“The idea here is to essentially improve our predictions of tropical cyclones to not only protect our fleet out at sea, but naval base personnel as well,” he said.

Additionally, Hendricks noted that throughout 2017, “We saw the disaster these storms can cause through Hurricanes Harvey, Maria and Irma ... If we can better warn people 48 hours, 72 hours, even 120 hours in advance and figure out a clearer picture of what is the intensity of the storm and how strong the rains and winds will be, then we can be better prepared.”

The Carl E. and Jessie W. Menneken Awards are named in honor of NPS' first dean of research, Carl E. Menneken. The awards are conferred upon faculty members for outstanding effort and achievement in research that makes a significant impact on the Navy, and is open to all NPS professors.