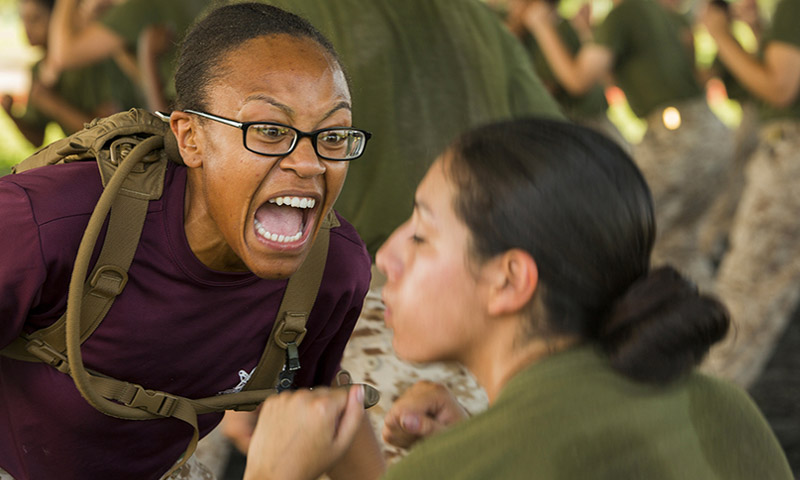 Now more than ever, individuals, teams and organizations are discovering the invaluable role of individual and team resilience, especially with the additional stress created by the coronavirus crisis over the past several months.

The field is an area of expertise for two professors at the Naval Postgraduate School (NPS) in the university’s Graduate School of Defense Management … Drs. Ned Powley and Frank Barrett have studied what builds resilience for years. In two recent articles authored by Powley – one coauthored with Dr. David Sluss, Georgia Tech Associate Professor of Organizational Behavior – a picture emerges that demonstrates how Navy leaders, empowered by the latest research, can build resilient Sailors and resilient teams … a trait that has become exceedingly important especially since the global pandemic infiltrated every aspect of human existence.

The Study of Resilience

Resilience is the ability to recover quickly from difficulties, or how well someone can bounce back after being hit down. When building a performance enhancement program at Recruit Training Command (RTC), Lt. Cmdr. Kathleen Saul, clinical psychologist, referenced the work Powley and Barrett conducted on resilience in boot camp.

“There were specific trends that the research picked up on [such as] how resilience and mindset changes over time during the eight weeks at boot camp and how integrated divisions versus all male rifle divisions might respond differently or view training differently,” Saul explains.

Powley, Barrett and Sluss, along with their NPS students, conducted two experimental studies in 2015 that followed Naval recruits through boot camp, supplementing the normal rigorous boot camp activities with a moment for recruits to reflect. One group wasn’t given any directions (the control group), another was told to practice a daily mindful meditation with self-directed affirmative identity statements, and another engaged in either peer or group appreciative guided conversations – a guided variation of the appreciative inquiry technique to ask questions that invite organizations and individuals to look at what is working well for them and why, spurring positive personal introspection. The last group proved to have longer-lasting positive results than the individual mindful practice.

“Recruits showed a significant increase in resilience after just being allowed to talk with their peers for a few minutes, something that is normally forbidden at boot camp,” NPS graduate Lt. Caroline Brown recalls. “This finding is both simple and profound. It resonates with me as a no-brainer, that of course recruits will feel more resilient and stronger after commiserating and venting with their shipmates. It's also profound because it demonstrates the pivotal impact of relationships on our mental and emotional well-being – something to which I think we can all relate.”

It’s a good reminder to pay attention to who surrounds you and make sure they’re people that lift you up. The team also conducted a qualitative study surveying recruits who failed their boot camp but decided to try again.

“They considered themselves, and the Navy considered them, sort of as failures,” Powley says. “So we asked them, ‘What are you doing to get through?’ And a lot of [the responses are] informing our concept of what resilience really looks like.”

Patterns began to emerge from recruits’ responses. Firstly, recruits often relied on advice they received from influential people in their lives like parents, spouses or friends. Some also turned to faith for words of strength. Secondly, resilience didn’t happen overnight, but was often a process that involved uplifting others and faking positivity to themselves.

In other words, faking it for someone else can lead to faking it for yourself, which can result in internalizing the message. These ideas are applicable far beyond boot camp or the classroom. Both Brown and her former classmate, Lt. Cmdr. Christopher Burt, wrote about aspects of the study in their master’s theses and since then, they have applied what they learned about organizational behavior in their own lives. Brown has spoken on their findings in a recent Navy-wide training series Full Speed Ahead. And Burt used the techniques and tools he’s learned to help his team when tragedy struck.

“At my assignment after NPS, a long-time civilian employee in my department who was both gifted at her job and well-liked, was unexpectedly killed in an automobile accident,” Burt says. “Using knowledge learned from the study as well as Dr. Powley’s organizational behavior class, we were able to bring the right tools to the situation to help everyone deal with the stress of the situation and, at least I believe, the department became much closer as a result.”

Learning from the Past, Looking to the Future

Last year, NPS hosted a three-day Appreciative Inquiry Resilience Summit to brainstorm methods to increase troop resiliency and toughness put a laundry list of ideas on the table. Some of them, like a mobile app with push notifications and exercises to build resilience, is being now tested now in the Marine Corps Reserve.

But there are still countless follow up studies that researchers would like to do. Barrett and Brown would like to follow recruits who succeeded at boot camp, and those who failed the first time but eventually made it through, to see whether those who have faced failure have a higher level of resilience or not. And Saul showed interest in finding indicators to help predict if someone will respond to resilience training or not.

“If we are going to spend a lot of time developing these resilience training programs … It would be helpful to know if there is a certain group of folks that would never respond to this type of training because maybe they don't have the prerequisite,” Saul says.

Of course, the pandemic that has swept the globe is quite different than boot camp, But the core human characteristics that impact individual and group resilience are the same in both cases.

“There are things we can do to allow us to learn from this, to see through the crisis and see to the other side that things will be better,” Sluss says. “There will be a new normal, and we'll be able to deal with uncertainties just as we've done before. We may actually be able to learn in the process.”

In the end, the research team agrees that the studies’ results simply underscore what should be a common-sense fact … Humans are social creatures.

“The role of a leader, or even just a person, is to see another person as a person,” Powley says.

Adds Brown, “Never underestimate the power of stopping to ask someone how they're doing and taking the time to really listen and care about what they have to say … At the end of the day, we all want to feel connected to one another and to be a part of something bigger than ourselves.”