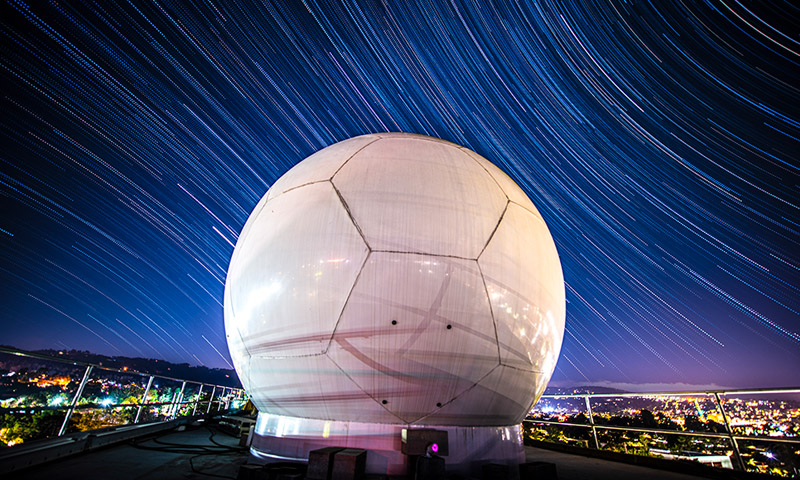 The creation of Space Force has inspired a renewed interest in space systems research and innovation. In August, the Naval Postgraduate School (NPS) received funding from the DOD to lead a project to streamline space technology among Five Eye (FVEY) countries. The project, headed by NPS professors Giovanni Minelli and Wenschel Lan, involves sending up two CubeSats containing experimental technology created by NPS students and New Zealand researchers. The payloads must be ready to launch into orbit by 2022. Once in space, the payloads will communicate with NPS researchers in the new Radio Frequency (RF) Testing Lab that overlooks the Monterey Bay.

NPS is a leader in graduate education and research in the field of space systems … in fact, more NASA astronauts have graduate-level degrees from NPS than any other institution in the world. With its two Space Systems Master of Science programs and multiple certificate programs all under the Space Systems Academic Group (SSAG), the university has developed a robust capability for both education and innovative research in the field.

Dr. Jim Newman, professor and chair of the SSAG, is also a former NASA astronaut and a veteran of four Space Shuttle flights. Since 1961 when NPS graduated its first astronauts, Space Systems education programs have grown in size and intricacy, as Newman discussed in a recent episode of the university’s Listen, Learn, Lead series with NPS President retired Vice Adm. Ann E. Rondeau.

Not only do they involve understanding the physics behind launching and maintaining technology in orbit, he says, they also require understanding international diplomacy. To accommodate this, the Space Systems program is split into two curricula: Space Systems Engineering and Space Systems Operations. The engineering program strictly focuses on building technical skills and knowledge surrounding military and Navy space systems, while the operations program encompasses military operations and applications in space.

Students of both Space Systems majors often work together on hands-on research projects. This is true for the international CubeSat project. For example, one of Lan’s engineering students, Navy Lt. Logan West, is completing his thesis work designing one of the payloads before he graduates and returns to the fleet in December. The payload has an X-band transmitter to begin the transition from congested traditional communication frequencies to X-band, which has better bandwidth and data range. West’s work will be picked up by one of Lan’s operations students, Navy Lt. Allyson Claybaugh, who will focus more on the ground-based receiver to make sure it properly communicates with the payload once it’s in space.

West says he will continue to monitor the project’s progress after graduation.

“It’ll just be cool to know that I had a direct hand in something that is going to launch,” West says. “I will definitely be following up with Dr. Lan to make sure I know the status and how it’s progressing.”

Looking ahead, West hopes to one day see his name on the list of NPS alumni that become NASA astronauts … the university boasts more astronaut grads than any graduate school in the world. But beyond the pinnacle goal of space travel, most students in the Space Systems programs go on to work in a related field after graduation, and some even post payback tour. Regardless, all students are expected to bring back what they’ve learned to their respective services.

“The big-ticket item from my side is to bring that knowledge about space capabilities back to really smarten us [SEALS] up and figure out ways it can impact our domain,” West explains.

Claybaugh works alongside fellow operations students Lt. Chris Brave and Lt. Anastasia Novosyolovablatt. Brave, who has a double majord in physics, is designing the next generation of terahertz imaging, which will have the capability to see through non-metallic solids that the sun illuminates. Lan explains it’s like an X-ray that requires less power. Novosyolovablatt’s task is to integrate the hardware of the New Zealand payload, BeaconSat, into the rest of the project. In this way, she’s directly engaging with the international aspect of the project.

“An interesting thing about the operations curriculum is that it gets technical, like hard science, but we also give them a flavor of the policy side because it’s an important piece,” Lan says.

Operations students take a course in the Department of National Security Affairs with renowned NPS Professor Clay Moltz to further their understanding of how space technology is used and how it could be incorporated into the rest of the U.S. military.

The International CubeSat project is meant to streamline FVEY technology so the FVEY countries can better work together in space. This involves using the same radio frequency, payload design and ground-based antennas among other things. NPS was one of the first sites to test out many of these industry standards.

Over the past few months, Minelli, Lan and their students have turned a large third-floor room at NPS into the official RF Lab. The space sits right under NPS’ own antenna.

“This is our sandbox,” Minelli says. “This is where we test them out.”

NPS’ Space Labs have also brought elements of space to its students, so they can properly test out their payloads. The CubeSat skeleton is 3D printed, so students don’t have to start completely from scratch. They can carefully create their prototypes, using Raspberry Pi single-board computers in the clean room before testing them out in a variety of situations. For example, students have access to a thermo-pressure chamber and shaking machine that can “shake your teeth out,” according to Lan. They also conduct weather balloon tests to see how payloads respond to orbit-like atmospheric conditions. The goal is to think of everything that could possibly go wrong before actually sending a payload up into space.

This project works with lower cost technology to start. Once FVEY countries better understand how to assimilate international hardware with FVEY standards, similar projects will use more advanced technology. NPS will continue to help lead this effort.

“In my opinion, NPS is one of the best space universities out there,” West says. “They’re really good at getting students hands on, interacting with designing systems from start to finish, figuring out everything about it and how to support it … I think they provide the best support I’ve ever seen from a university through applied research that comes back and directly benefits military members.”