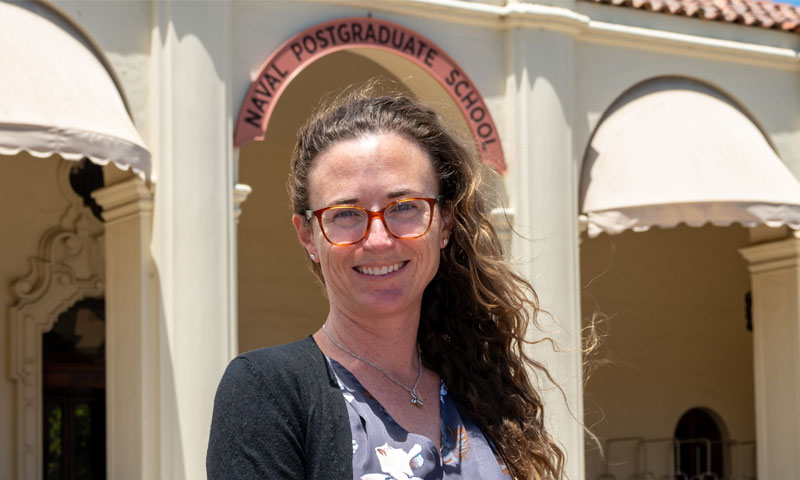 NPS Assistant Professor of Oceanography Dr. Mara Orescanin has been awarded a grant through the highly-competitive National Science Foundation (NSF) CAREER program. The program supports high-performing early-career faculty who have the potential to serve as academic role models and aims to help researchers build a firm foundation for a lifetime of leadership.

Naval Postgraduate School (NPS) Assistant Professor of Oceanography Dr. Mara Orescanin was recently awarded a five-year grant through the highly-competitive National Science Foundation (NSF) CAREER program. The grant will afford Orescanin with an opportunity to build on her already existing research exploring intermittent rivers, bar-built estuaries and beach breaches and closures, all of which can have considerable impact on amphibious operation planning and execution.

The NSF Faculty Early Career Development (CAREER) program supports high-performing early-career faculty who have the potential to both serve as academic role models in research and education, and the ability to lead advances in the mission of their department or organization. The program aims to help researchers build a firm foundation for a lifetime of leadership.

"It was pretty awesome getting [this award]," said Orescanin. "In the academic world, when you get that, it's a validation of the relevance and significance of your work. My goal is to tailor my research and provide relevance to the warfighter, so I’m excited to see how it transpires."

Her research titled, "Hydrodynamic and Morphodynamic Evolution of Beach and Breaching Closure," will provide insight on how coastal areas change in environments that go through wet and dry seasons providing valuable information for amphibious operation planning. As the wet and dry seasons shift, the waterline can change from one day to the next as an area that have water flowing as a river can be a coastal beach the next day. This sudden shift in waterline can make an area unpredictable and affect operations.

When referring to intermittent rivers as part of beaches, Orescanin noted, “Rivers are going to change the structure of your beach and it's going to change the firmness of the sand and currents in the surf zone. So, if you think down to the human level of special forces or ship-to-shore movements, doing a beach landing and having strong currents that are resulting from these rivers, this propagates changes affecting their safety and operations throughout the surf zone.”

While she is the one at the front of the classroom, Orescanin said she often learns as much from her mid-career Navy and Marine Corps officer students as they do from her, providing an informed perspective on what the navy’s operational needs are for amphibious and littoral operations.

According to NPS Dean of Research Jeffrey D. Paduan, the award reflects the quality of the applied research underway at NPS, and how this environment benefits the students.

“The recognition shows NPS faculty are among the best in the nation," said Paduan. "The five-year project funding is also a benefit for that it is designed to allow Dr. Orescanin time to plan and execute a significant research program in her area of coastal oceanography. Several METOC [Meteorology and Operational Oceanography] students are expected to participate in and benefit from the program over the course of those five years.”