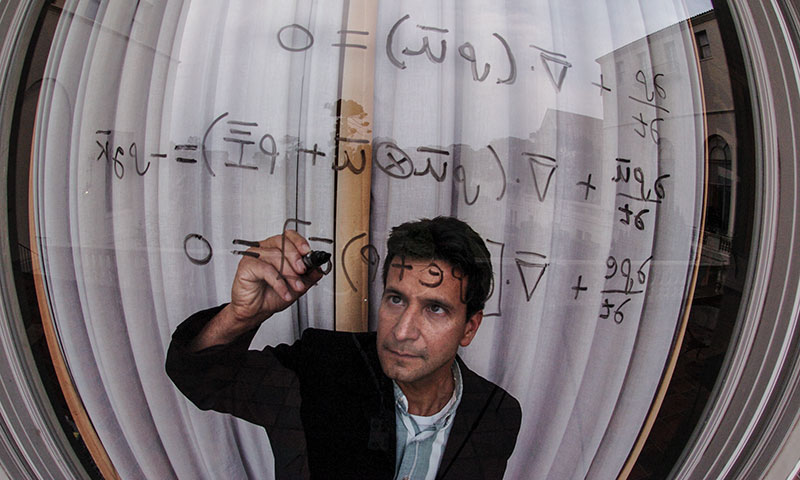 “The book is designed to give sufficient theoretical background for the reader to understand the mathematics behind these methods, but the main emphasis is on writing algorithms and using them for specific applications - hence the subtitle of ‘Analysis, Algorithms, and Applications,’” said Giraldo. “There are a number of ’projects’ in the book designed for this very purpose. In addition, there is sample code on my Github webpage with code given in two different computer languages, Matlab and Julia.”

Feedback from students and postdocs motivated Giraldo to introduce an additional segment to support students in coding structure.

“The book was originally meant to be a standard math textbook, but based on this feedback from students, I added the algorithmic part which really helped the students be able to write useful code,” he said.

Giraldo says he tried to make the resource as broadly useful as possible, rather than tying it to one specific discipline. As long as someone can write a differential equation, then the book can show you how to approximate the governing laws of any field on a computer. Giraldo points out while there are several books on Galerkin methods, his book shows how to unify various Galerkin methods that were considered to be different by the scientific community.

“I not only present them in the same book but also show how algorithmically they can be developed in a unified piece of software,” said Giraldo. “The Non-hydrostatic Unified Model of the Atmosphere (NUMA) developed in my group is based on this idea, and now, the Navy Environmental Prediction System Utilizing the Numa Core [NEPTUNE] model used by the Naval Research Laboratory, expected to become the U.S. Navy’s weather prediction model in 2023, uses this idea.

“These methods, thanks to the book, are also being used in South Korea in their new weather prediction model and we are now developing ocean models based on this idea,” Giraldo added proudly. “This approach to solving partial differential equations has been well received.”