The objective of this research is to determine whether regular carbon nanotubes as well as functionalized carbon nanotubes can improve the joint strength of adhesives for composites and metals.

This study investigated the use of carbon nanotubes (CNTs) as an epoxy adhesive additive for adhesive joints between steel-composite interfaces and composite-composite interfaces.  The study also examined the effect of CNT functionalization to improve CNT dispersion and thus improve joint strength.  Specimens were constructed by adhesively bonding two parallel coupons, with a starting crack at one end.  The specimens were loaded to final failure in three-point bending for Mode II fracture.  Critical strain energy release rate was used to compare fracture properties of each set of specimens.  It was shown that additions of multi-walled CNTs on the order of 1 wt% with diameters on the order of 30 nm and lengths 5-20 ?m enhanced fracture toughness for both steel-composite and composite-composite adhesive joints tested.  However, other combinations of CNTs could significantly decrease fracture properties, likely due to agglomeration issues.  Functionalization of nanotubes showed some limited promise.  Scanning electron microscopy validated the improved dispersion of CNTs using functionalization, but also highlighted the shortening effects due to the harsh chemical treatment.  In summary, the study illustrates the importance of various CNT parameters on fracture properties, and encourages further investigation and optimization of these parameters for applications of interest. 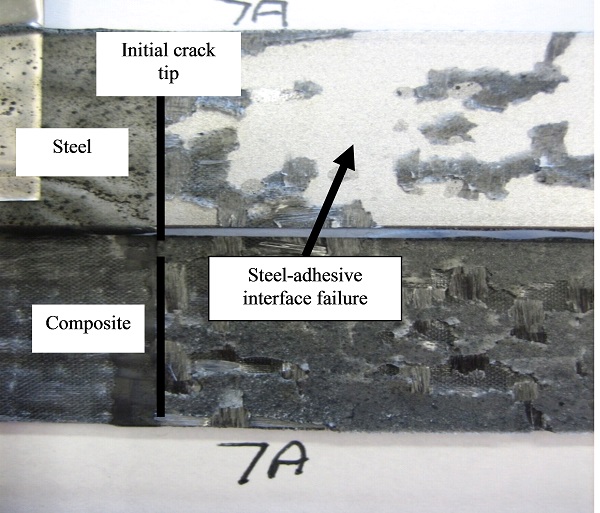 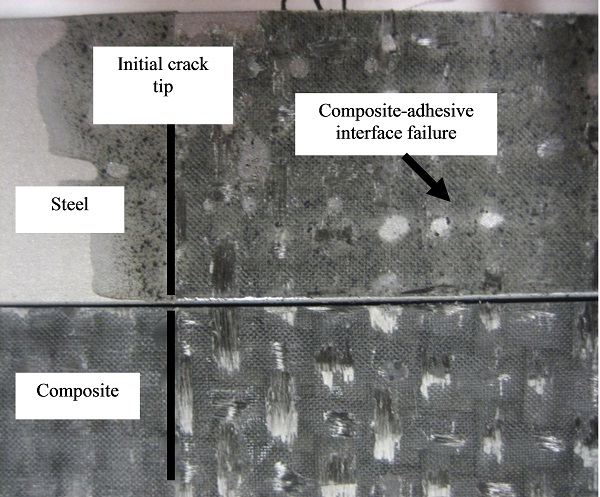 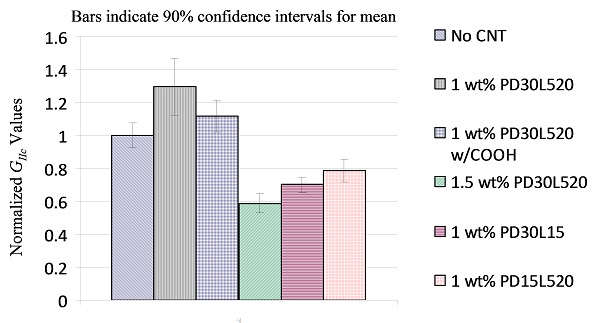 The objective of the study is to examine the effect of carbon nanotubes at the joint interface of composite materials on the enhancement the fracture toughness of the interface, especially for Mode II fracture; and on the detection of crack growth for structural health monitoring. 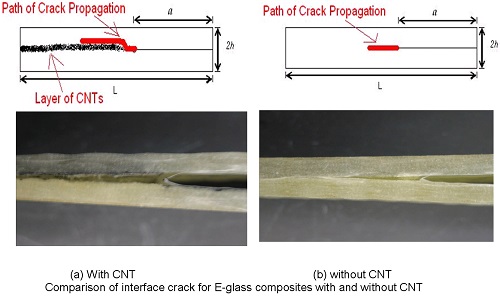 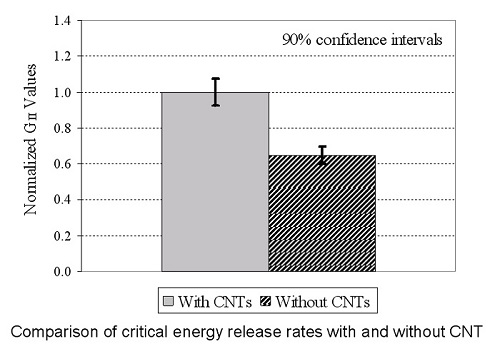 Developing new alloy compositions can be a long and expensive task. The ability to screen new compositions for improved mechanical properties can greatly decrease the time and cost to identify new alloys worthy of further study.  In this research, we explore the use of refractory metals (W, Nb, Ta, and Mo) for the solid solution strengthening of 316 stainless steels.  In the initial studies, diffusion couples between 316 stainless steel and each of the refractory metals were made using hot isostatic pressing followed by a long anneal at 1100C.  The backscattered electron image below shows the formation of at least two intermetallic phases between the steel and the niobium. (Figure 1)  In order to connect the changes in mechanical behavior with the changes in phase and composition, nanoindentations were made perpendicular to the diffusion bond. (Figure 2)  As expected, the elastic modulus and strength vary strongly with composition and intermetallic type.  Future research will examine the effects of irradiation on these base-line diffusion couples. 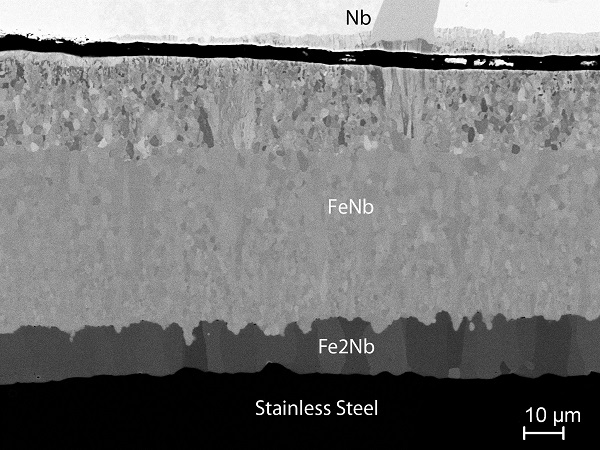 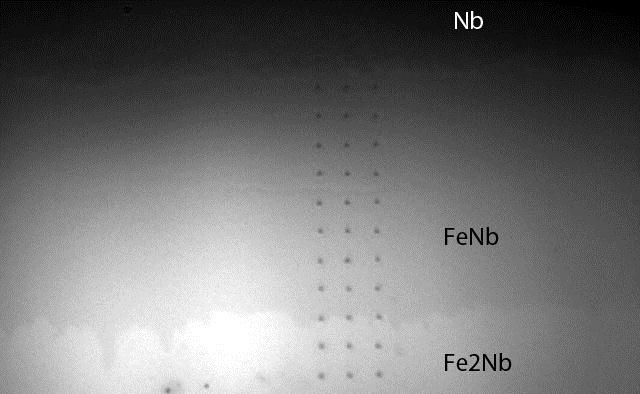